The Wally behind "Wally's Bar" is Wally Bird. Wally was a gardener
in the school and a PTA committe member back in the 80's. 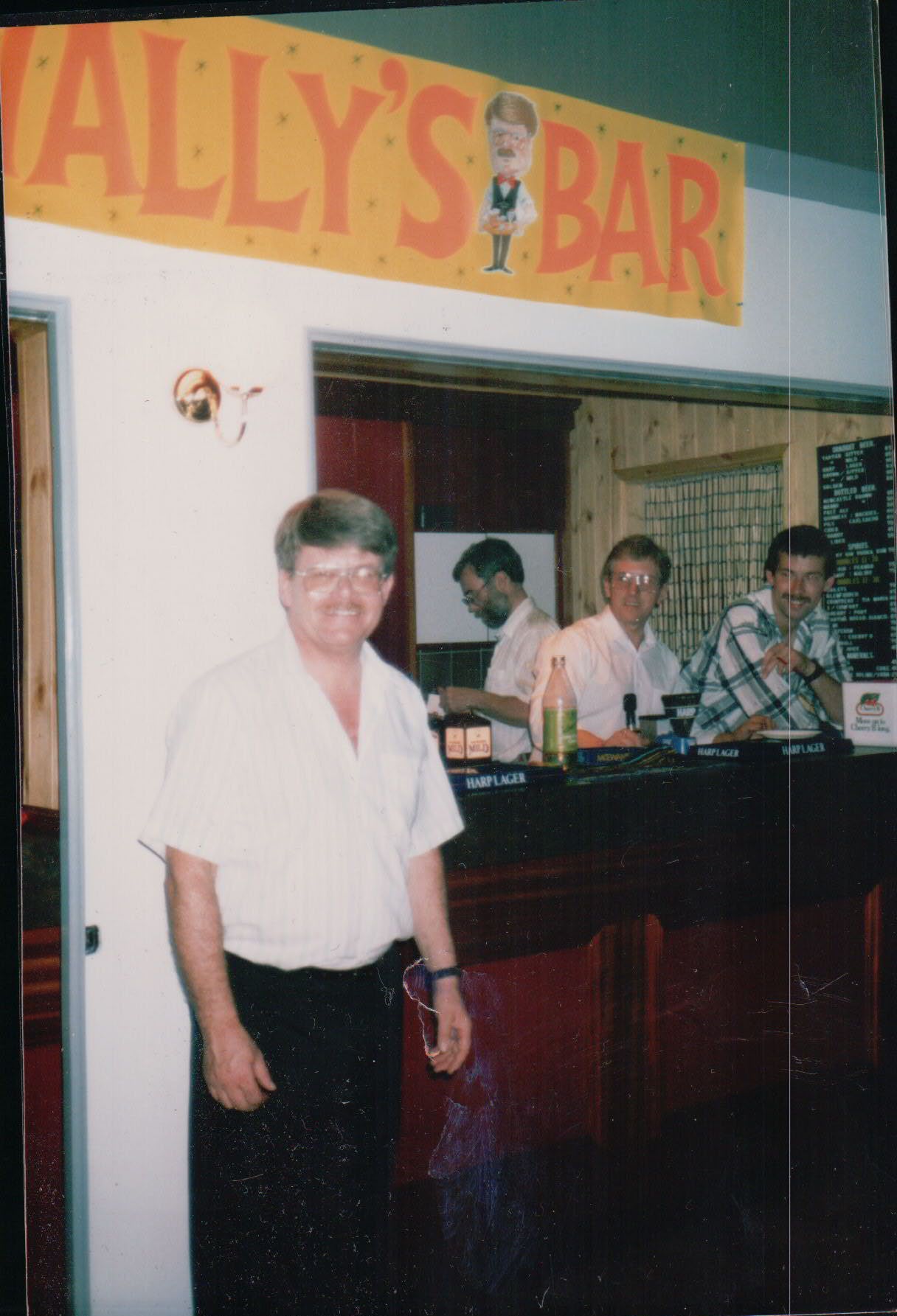 The PTA was started back in the 80's. Did you know the DJ's, Bright Lights, back in them early days were the Seed brothers - including Kev, who went on to DJ on Radio City?

At that time, the bar was temporary and had to be assembled and disassembled every dance and the glasses were washed under the stairs in the caretakers room. This was hard work and very time consuming on all members of the PTA.

Around 1990, the then headmaster, Mr Gibbons, was asked if a more permanent feature could be built. He agreed to this and during the summer holidays, the male members of the PTA built the bar that was in use until the demolition of the old school hall.

The numbers of dances and functions increased and this included Sports and Ladies Nights - the PTA had become professional! There were three committees Social, Bar and Catering. Guy Proud was Bar Manager, with Wally Bird as his deputy. Around the early 90's Wally took over as Bar manager and, as he was a gardener in the school, he was on hand to receive brewery and catering deliveries.

Sadly in 2002, Wally died and after the funeral his life was celebrated in the school hall. Following this, the committee agreed that a permanent memorial should be made for Wally thus the "Wally's Bar" sign was commisioned. This was lit up by Chris "Elvis" Clayton at the first dance of the New Year in 2003 and was a permanent feature of the bar until it was demolished in March 2011.

"Wally's Bar" lives on in the new school bar, which was built in the summer of 2012 by Peter Stone, with assistance from the rest of the PTA. 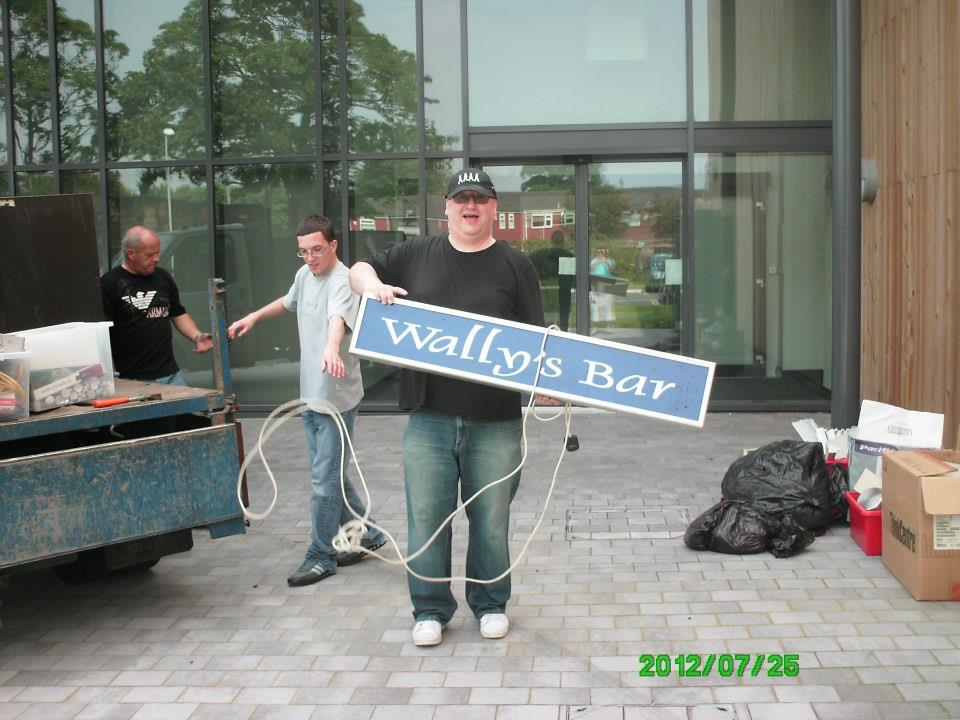 "Wally's Bar" sign being taken into the new school for the new bar!

Thanks to Norma Stanyer and Pam Bird for helping us compile this story!